These are some example questions we ask in our lab:

How does exposure to early life adversity impact childrens' and adults' behaviour?

Early life experiences can have significant impact on individuals - immediatetly as well as later in life.  We investigate how such experiences contribute to the development of unemotional and psychopathic personality traits, conduct problems and antisocial behaviour. We also ask, which environmental factor can buffer or aggravate such effects and how such expereinces impact the ability to successfully take part in violence treatment programs.

How do emotions or sexual arousal impact decision-making?

Do psychopathic individuals have an emotion deficit?

​The emotional coldness has been thought to be essential for the construct of psychopathy, however, findings involving different kinds of stimuli and different measures of emotional reactivity have been mixed. Is there a basic deficit in emotion processing or can it explained by other related processes like attention allocation, arousal or motivational processes?

Which pathways decide for successful vs. unsuccessful psychopathy?

The attention vs. emotion deficit debate in psychopathy research

​Is psychopathy an emotion disorder or is the deficit in emotion processing depending on attentional processes? We investigate those questions using EEG and other psychophysiological measures targeting emotional arousal and emotional responding.

How can we describe emotions? 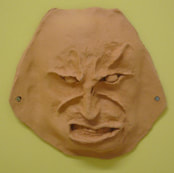 ​The question of what emotions actually are is old and has been solved so far by building models that allow to allocate facial expression based categories on different kinds of grids, e.g. the valence - arousal grid. This has been helpful in terms of how we talk about  and investigate emotions, but this does not answer the basic question.
Some ideas are that emotions exist to elicit behavioral tendencies, such as fighting for your rights (anger)  or avoiding dangerous situations (fear). This implies also that emotions have a social interaction role.
HERE you can find out latest study results.